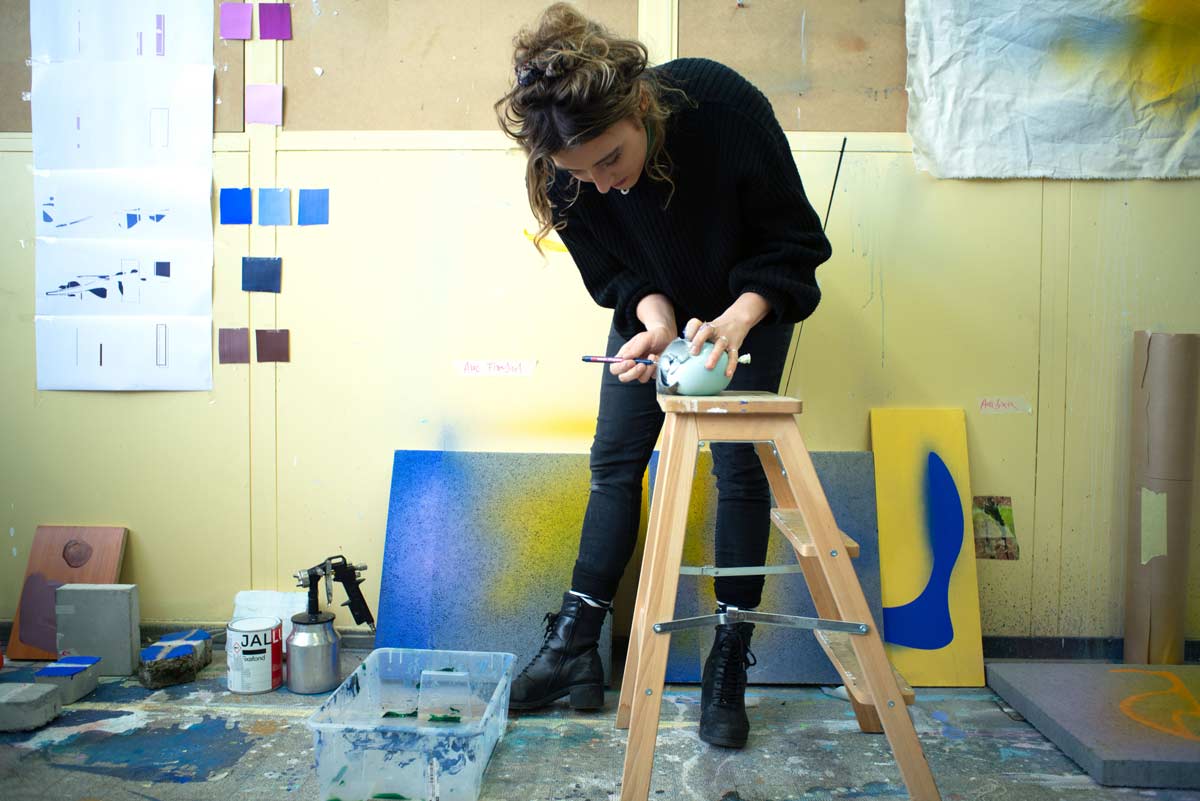 BC-TECH AG is opening its doors to young artists, encouraging them to give their creativity free reign. The company is collaborating with the Vögele Kultur Zentrum (Pfäffikon SZ) to create a space where art and industrialism can meet and serve as inspiration for one another.

A selection of plain concrete walls throughout BC-TECH AG’s expansive newly constructed building in the Vial industrial complex will serve as a canvas for three artists to let their visions come to life. The works that will cover the walls will hopefully serve as inspiration and occasional distraction for the workers of BC-TECH AG as well as any company visitors and encourage everyone who passes them to take a moment to consider the joys of contemporary art.

Equally, the three artists will be exposed to glimpses of the daily life and production circuit of a high-tech company. The project aims to bridge the gap between art and industrialism and highlight how, despite their obvious differences, they are not entirely separate nor quite as distinct after all. At the heart of both disciplines is craftmanship, innovation, and using materials as both inspiration and a vessel for creation.

Janjic was inspired by BC-TECH’s products. One of their most essential ones are glass-to-metal feedthroughs which are essential for measuring the flow of liquids of all kinds. The young artist’s mural mimics this liquidity, artistically enhancing the idea of a flowing substance. Its placement in a hallway is a part of the art work’s message itself, as it reflects movement even in its placement, thus, people walking by will get to experience the central message of fluidity.

Up until 2012, Abigail Janjic (born 1989) studied visual arts at HEAD in Geneva. That same year she was awarded the Stravinsky-Maler prize. In 2015, she completed her Master’s degree in textile design in Stockholm and, subsequently, she obtained another Master’s degree in visual arts from ECAL in Lausanne. Following her academics, she began an artistic residence in Serbia, where she conceptualised and created a project that incorporated dance into the visual arts. In autumn of 2021, she presented her latest work at the Supermarket Art Fair in Stockholm.

Chequered tablecloths, flowers, cocktails, dancing giants, and a couple in love: The artist’s work depicts a lavish feast. Cook books of the 60s and neon signs that adorn nightlife establishments all over served as his inspiration for the piece. With wild colours and shapes adorning the walls, Mathias is bringing some fun to BC-TECH’s new cafeteria. His work depicts a colourful, enthralling universe that aims to lighten up anyone’s day.

Mathias Luescher (born 1994) obtained his Bachelor’s of Fine Arts degree in Basel in 2019. Since then, he has been dividing his time between assisting other artists on their projects and finding inspirations for his own works in the Sasso Residency in Ticino. His work is all about sharing the stories of others while drawing connections to himself and his own experiences. Moreover, he enjoys referencing previous artistic movements in his own works, such as Pop Art and Nouveau Realisme.

For the artist Markus B. Komminoth, nature, protecting the environment, recycling, and maintaining a connection to the region are central when it comes to the process of creating his art work. This is how the idea for his first work BCTE LARIX / LARSCH2 came about: a piece made from brass shavings, which are a residual material from the production of BC-TECH AG in Domat / Ems. These brass shavings, in both their colour and shape, are reminiscent of the yellow discoloration of the needles of the larch tree, which are abundant in the area in autumn. The two other works, BCTE K1 and BCTE A1, were made from copper and aluminium parts and are a reflection of the variety of materials used in the company’s production. The artist cast all of these different scrap parts into concrete shaped in the form of a larch tree. The three resulting works hang in the reception area of BC-TECH AG. They are as unique as the company, whose walls they adorn. Moreover, the works mirror BC-TECH AG’s use of a variety of materials in the production process as well as paying homage to the region that is at the heart of it.

Markus B. Komminoth grew up in Domat / Ems and Maienfeld. He completed an apprenticeship as a structural engineering draughtsman. After a stint abroad in England, he worked in the industry for several years. During this time, he launched his first exhibition in the Kronen Galerie in Zurich. In 2018, an opportunity for professional reorientation presented itself in the form of being a freelance artist. Since then, he has exhibited his work in a number of locations, mainly in the canton of Graubünden. In addition to his art, Komminoth’s passion are the mountains that surround his hometown.

For more information on the project, please visit www.voegelekultur.ch/kunst-entsteht-in-domat-ems.